Wondering if anyone has any advice. I just finished replacing front and rear pads and rotors, as well as the front wheel bearings. While I was breaking in the new pads, I would hear a noise when making sharp turns. Sounds like a clatter/ grinding noise, and it is more predominant on the right side. Noise goes away when i straighten out.

I was thinking maybe I didnt set the wheel bearings correctly? Anything else I should look out for to try and diagnose?

how did you set the preload with the nut? if its too tight or too loose, youll have issues. im leaning towards too loose
haha cali...i got one of your 86's and you're not getting it back.
My turd of an 86
20v swapped 86 write-up
Top

I torqued the nut to 21 ft-lbs, backed it off and torqued it to 21 ft-lbs again. While torquing I rotated the wheel.

Grabbed the torque spec from the FSM.
Top

You missed this part... 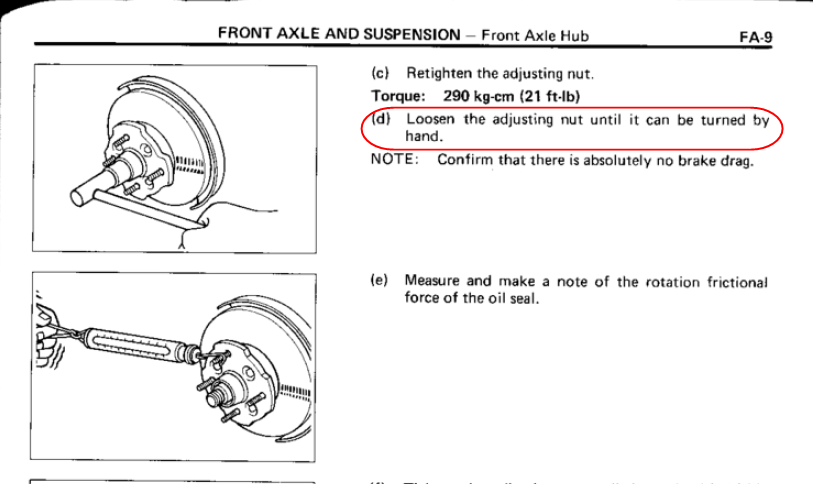 Once the bearing has been "snugged down" by tightening the nut to 21ft-lb and turning
the hub a couple of times, you have to back the nut off until it is just finger tight. Then
you set a very light preload by turning the hub until it just starts to bind ever so slightly.
That is the ordinary guy alternative to using a spring balance to set the preload.

Then use a new split pin and fix the castle nut in the nearest position that does not
create a lot of drag on the hub. If you have to choose between a little bit too tight or
a little bit too loose, go with tighter. The bearing will usually free up a little after it has
run for a few miles.

You will need to check the bearings to make sure they are still good. If there is any sign
of damage to the rollers or tracks (noise, vibration or roughness when rotating by hand
at the correct preload) then you will need to change them out.

Ahh, thanks for the help. I will go inspect, and update back.
Top

Took out the brake pads. On the inner front right pad, there was uneven wear(only one half of the pad). Inner side of the rotor had slight groove worn in; enough to feel while running fingers across it. Compared the new pad with the old, and the design was slightly different.
The new brake pad “tabs” don’t seem to properly fit in the brake caliper channels(barely fitting if all). I believe this might be the culprit.

No uneven wear on the left front brake pads. Inner left brake pad fit in the caliper much better than the right inner pad, but still not very good.

Removed the hub, inspected the bearnings( no signs of damage). Installed and preloaded the bearings with above instruction.

To test, I installed the old right inner front brake pad to see if the noise went away. While driving, the noise on the right side reduced drastically, down maybe 90%. No change in sound with the left side.
Top

Could be damaged/missing clips and hardware forcing the pad into misalignment (or a really badly punched pad backing plate - relatively rare, but it does happen)...

I agree on and am glad you checked the bearings.

Something to keep an eye on is caliper wear. When the boots and seals start cracking, binding, and going out, the pistons can seize in a position that does a ton of wear/damage to the pads and rotors.

The entertaining part being that even when they do fail you don't always get a warning of a dead brake pedal or fluid under the car, lol. Usually just locks up a corner and a free weekend.
Top

Nick94tt wrote:... or a really badly punched pad backing plate - relatively rare, but it does happen...

Some years ago when fitting new rear pads I had problems with getting the pads
to sit correctly. They were a real pain to get into the calipers. Then when I drove
the car it would swerve to one side if I braked hard. When I inspected the pads
there was one that only had a small triangular wear patch on one end of the pad.
In effect one end of the pad was jammed tight and the pad was pivoting so that
only the other end came into contact with the disc.

I had to take the pad out and file the end tags down until the pad slipped into place
easily. A smear of graphite grease on the spot where the pad slides on the caliper
helped to make sure it slid forward evenly when moved by the piston. That solved
the problem and now if I have to force new pads into position, I will use a file until
they pop into place with just normal finger/thumb pressure.

Solid call. Always seemed like even the coatings could do similar if folks didnt pay attention. I only even know this thanks to a friend that ran a national brake shop franchise for years.

That said, good lord they broke out the OA torch for pretty much any excuse possible....

While bleeding my brakes the last time, I ended up blowing the seal for the master cylinder

. I bought a new master, as well as some new front calipers and a different brand of brake pads(that actually fit). After installation the clattering noises from the front wheels went away.

I popped the hood to check for any leaks and heard a hissing sound coming from in between the master cylinder and brake booster sealing surface. 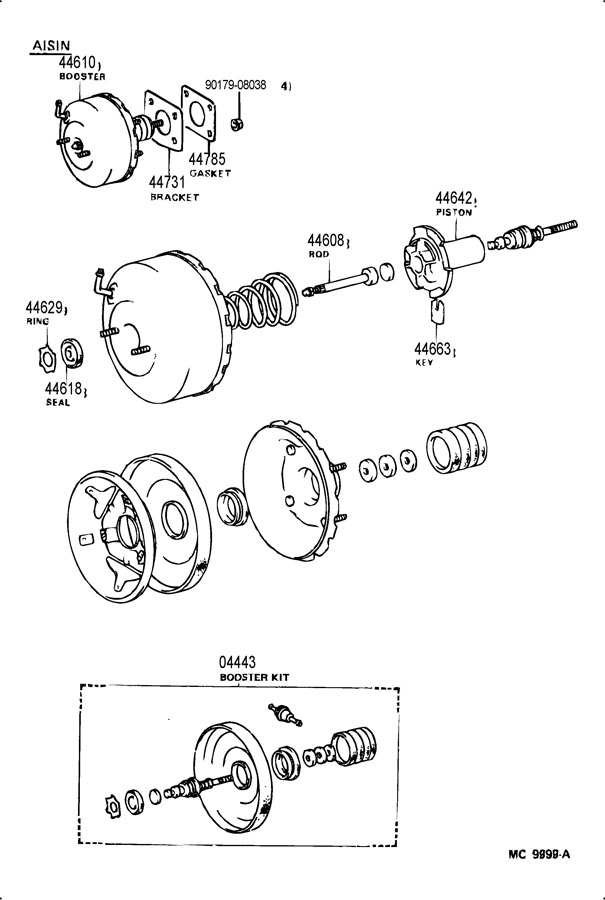 If the gasket is accessible without disassembling the booster, sure. Brake boosters are generally sealed and a "rebuild if you have the specialty tools" type operation... (l just replaced mine when I did the master, rebuilding didnt seem feasible for a home gamer) Bit like steering racks.

I'd borrow/buy an automotive stethoscope to track down the actual leak point first (or do the water/flammable gas tests to find the leaks. Think I got mine for around $10 from rockauto. Has a mechanical attachment as well for fuel injectors/relays/bearings/etc. Just avoid live spark plug wires. 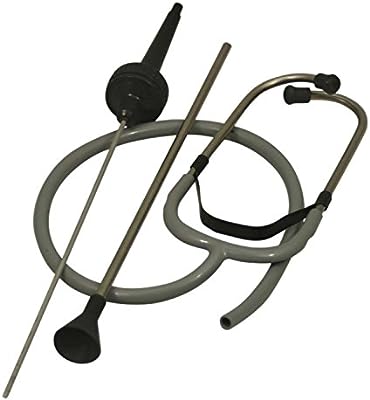 Worth taking a look at the large diameter hoses and check valve as well - may have cracked when you disconnected them.

If you get a "new" one, consider painting it before install. They surface rust pretty quick.

Odds are it's the booster, but won't hurt to do a freebie leak test first.
Top

Thanks for the quick reply. The leak was actually strong enough to where I could pinpoint the area pretty easily. I didn't think about using a flame though, I’ll have to remember that one.

I forgot to mention earlier that I have a suspicion that some brake fluid could have found its way into the booster. When I removed my old master there was alot of fluid trapped between it and the brake booster. Im not 100% sure any got in but I am a bit of a hypochondriac lol.
Top

Fluid in the booster is a definite pita. That's what killed mine - master failed on both ends. Most of the fluid ended up in the driver's footwell while the rest had in the booster.

Some folks use starter fluid or brake cleaner, I prefer nonflammables like soapy water or CO2.

Think I partially dropped the steering column to do my booster, but definitely used the hacksaw blade trick on the master cylinder stud the first time around to avoid that. Or the clutch master... Been a while, lol.
Top

Users browsing this forum: No registered users and 23 guests