What's all the fuss about COP's ?

What's all the fuss about COP's ?

Once upon a time there was the mechanical distributor. Dead simple
device with centrifugal advance, and later with vacuum advance added.
This gave good and faithful service for many decades, but did need a
small amount of maintenance... no problem in the days when cars were
simple and most folks could fix their own.

Then came the electronic distributor with a module that controlled the
ignition advance curve for better performance and less maintenance.
But the big change occurred when manufacturers started putting engine
computers in cars, and computerised ignition control was born. Not
surprisingly, electronic fuel injection started replacing carburettors at
around the same time. Suddenly fixing your own car got a lot more
complicated !! Electronic ignition control allowed the amount of ignition advance to be
precisely controlled according to engine speed and load, to provide the
exact amount of advance that was needed for best performance. But
the spark was still generated by a traditional coil, and delivered to the
spark plugs via a distributor and plug wires just as it had been for many
decades. The system was incredibly reliable, and the base of the distributor
provided a convenient place for housing the sensors that gave crank
position information to the ECU. Simple, reliable, inexpensive and proven
in countless millions of cars all over the globe.

However, in the endless search for better accuracy and to replace
mechanical components with electronic ones, the motor industry moved
towards electronically triggered individual coil packs for igniting the spark.
These systems eliminated the distributor by connecting the coils directly
to the plugs, but still required a crank angle sensor to provide the ECU
with engine speed and position information. The CAS was often much
like a distributor with the cap, rotor and leads removed e.g. 4A-GZE.

To get rid of the CAS, the last remaining mechanical component, and
capable of introducing play into the timing through the gearing clearances,
the crank mounted timing wheel was implemented e.g. 7A-FE. This obtains
speed and crank position information by way of a solid state sensor that
reads the teeth on a toothed wheel mounted directly to the crankshaft.
Now there are no mechanical components left to degrade the accuracy of
the ignition timing... and that, you might think, would be the end of the
development process.

But it was not... to put the ECU in direct control of ignition events and
eliminate the need for plug wires and separate igniter, the Coil on Plug
system came into being. Each plug received a small coil that mounted
directly on top of the plug. Some COP's have a built-in igniter, and other
designs have the igniter function incorporated into the ECU. By using one
coil per plug sequential ignition is possible.

And this where it gets interesting. Any ignition system using a distributor
is by definition, providing sequential ignition. Each plug receives a spark
in the correct firing order, and at the exact time dictated by the ECU firing
the single coil 4 times every 720 crank degrees. Enter the ever so popular
COP conversion running from the OEM ECU. Since the OEM ECU is designed
to work with a distributor and single coil, it cannot fire 4 single coils in
sequence, and the COP's are batch fired 4 times every 720 crank degrees.
A CAS is still required to provide speed and position information to the ECU.

So lets look at the advantages of the COP conversion....
- Looks cool

What about disadvantages....
- Small coils firing at 4 times their design rate
- Need to retain factory igniter and coil for IGf signal
- Need to access CAS for setting ignition timing
- Dwell settings are an unknown
- Some cost involved for no measurable increase in performance
- Coils work in a hot environment leading to short life
- Checking ignition timing with a light can be a pain
- Using a CAS reduces timing accuracy to the same as the
OEM distributor ignition system.
- No fault code if a COP stops working.
- You are on your own when it comes to trouble shooting COP
conversions, as auto technicians have no reference books.

So I guess the point of all this is to consider carefully before deciding you
have to have a COP conversion. Do your research and get good proven
information from people who have got working conversions. Converting to
COP's is not a performance enhancement... it is either done for cosmetic
reasons or practical packaging reasons... your money... your decision

Glad you took the time to write this up and I totally agree.
shortstroke service viewtopic.php?f=15&t=7366
rseymour86@gmail.com
Top

So does using COP with a 20v swap eliminate the firewall clearance issue? (ae86)
Club 4AG member since 05 (Formally SaigonsSon)

Yes. By eliminating the high voltage part of the distributor (rotor,
cap and wires), you can put a low profile cover on the base of the
distributor and turn it into a CAS... 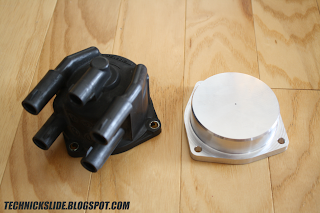 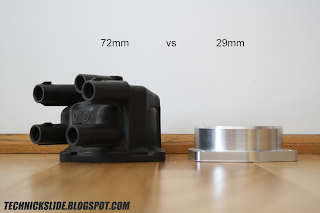 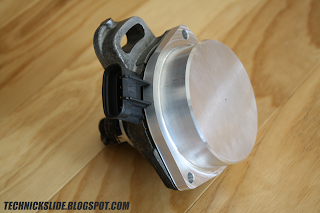 This allows a 20V to be installed into a AE86 without beating or
cutting the firewall. If you don't want to go COP's you can use a kit
like the SAM-Q distributor cap relocation kit.
http://s-86.com/20v_dizzy_relocation.php

With all the issues involved in using the OEM 20v ECU in an FR chassis, I think there is a strong argument for simplifying to a mcirosquirt. It's inexpensive, easy to wire, and solves most of the ECU issues.
Pursuing the ideal
Top

For sure !!! Once the OEM ignition has been altered to the
extent of changing to COP's, and the load input changed from
AFM to MAP (another popular conversion, aftermarket engine
management is essential. There is little chance of getting the
best out of the engine if you don't have full control of the
ignition timing and fuel maps.

But thats a whole article on its own

Users browsing this forum: No registered users and 13 guests